HOME > Achievements > Starting new career at Company M which is known as one of the supportive firm for women(35 yrs old ; Female)

Starting new career at Company M which is known as one of the supportive firm for women(35 yrs old ; Female) 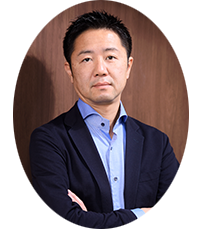 She decided to move to a foreign IT vendor(Company M) as her next career. This company thinks highly of the diversity and was also willing to hire employee at age around 40. There is a system which support women and working mothers, so my candidate who also had a small child was very satisfied with the working environment.

I had been working at foreign IT vendor as an engineer but WLB was always the issue since I have a little kid to take care of. I already had interest in working at company A from long ago, so I chose to take the job interview.
ARK's preps were so useful, and Araki-san was such a negotiable man that I could get my salary raised for 30%. Now I'm very happy working here and really appreciate the opportunity ARK gave me.